“I’ve coached strictly my athletes all year,” Hara said after the New Year’s sporting tradition, which is officially called the Tokyo-Hakone Round-Trip College Ekiden Race. “But they all followed me and I appreciate them for that. On top of that, I would like to thank their high school coaches, who had grown them and made them come to Aogaku.” (Japan Times)

Hakone Ekiden is one of the most prominent relay marathon races of the year held between Tokyo and Hakone on January 2 and 3. The race is broadcasted on Nippon Television. The top 10 schools will earn automatic berths for next year’s Hakone Ekiden.

Hakone Ekiden was started in 1920. Kanaguri Shisō, who is known as the father of the Japanese marathon, conceived the idea. He participated in Olympic Games in Stockholm in 1912. He had to give up his race on the way, however. In 1967, he was contacted by Swedish Television and offered the opportunity to complete his run. He accepted and completed the marathon in 54 years, 8 months, 6 days, 5 hours, 32 minutes and 20.3 seconds, setting a world record for the longest lasting marathon ever. 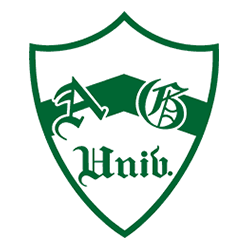